We live in a “blur world.”  Leaders are constantly challenged, disrupted, and disoriented by change.  With so much turbulence, we’re almost surprised by any signs of stability and continuity.

But, the globe hasn’t always seemed to spin so fast.  Ten years ago, when my mother was moving toward death, I talked to her almost every evening.  As I thought about these nightly calls, I often identified a “research question” to ask her, if she felt well enough.  Most of my research questions were about family lore.  I wanted to fill information gaps about how my family had moved across generations to the present.

One evening I asked how she and my dad had learned about the attack on Pearl Harbor.  Her answer stunned me.  Our part of the Ozark Mountains blocked most radio signals, so we rarely listened to news programs.  Eight days after the bombing, my parents finally learned about the event during a grocery shopping trip.

Think of it.  In our 24-hour news cycle, when technology and social media keep us globally connected every moment of every day, it’s hard for us to imagine how the onset of a world war could have gone unnoticed.

Discovery moves at varying paces.  Churches and cultures move with different levels of awareness and at different speeds.  Typically, churches move in slow motion, getting buffeted by cultural tsunamis.  Generally, cultures morph much faster than congregations, especially at hinge points.  The differences between those marathons and sprints sometimes disqualify leaders.

Consider these shortening timelines for leaders.  The Agricultural Age, spanning ten centuries or so, formed the Old Testament and Early Church eras.  Nomads settled on lands and cultivated crops.  Cities grew, and churches were planted.  Then, in the mid-1700s, the Industrial Age, a time when many denominations emerged, introduced us to power-driven machines and manufacturing.  Churches acted like machines.  Then, during the late twentieth century, our Information Age arrived without warning.   Suddenly, a knowledge-based world with its automation, technologies, and telecommunications overran churches.

Check your cultural clock.  The Agricultural Age lasted for nearly a thousand years.  The Industrial Age lasted for roughly four hundred years.  The Information Age may have a shelf life as brief as only fifty years.  Cultural turning points are speeding up and becoming seismic.  Traditional churches, more comfortable with marathons, have collided with our Information Age’s sprint culture.

Churches, uncertain in their careening worlds, are desperate for agile leaders to reorient them and move them forward.  What do agile leaders do that helps churches deal with environmental “blur”?

Max DePree was far ahead other leadership theorists.  A quarter-century ago, he foresaw a new improvisional image in Leadership Jazz (New York: Dell, 1992).  Max realized jazz band leaders were ideally suited for volunteer organizations during fluid eras when maximum agility is demanded.

Jazz, like leadership, is performance art.  Think of the musical process and how it parallels contemporary leadership, especially for teams.  Consider the parallels between jazz and leadership.

At the beginning of a performance, jazz band leaders establish a musical base line.  Then, they return to that same base line at the performance’s end.  But, the middle of the performance features improvisation, with each member of the band stepping to the front and playing variations on the basic theme.  Everyone shares the spotlight.  Everyone innovates.

In chaotic times, churches are challenged to find their enduring theological foundations and to build on them creatively.  In dizzying transitions, congregations must stay anchored even while under full sail.  And, all of the leadership team’s members have a chance to contribute their best gifts.

Jazz band leaders stay connected to their group.  Jazz is community music, played by combos.  Without community connections, the group loses orientation and gets off-key.

Congregation leaders connect and work from the inside outward.  Shared calling and teamwork root the church’s ministry.

Jazz band leaders tell “C-shaped” stories.  In literature, C-shaped stories have three elements: a beginning point or dilemma, a movement or saga-like journey, and a resolution that returns to the earlier threshold without tying up all of the loose ends.  Open-ended stories grab our attention and take us on emotional pilgrimages.

Agile leaders anchor our identities and move congregational narratives forward.  Journeys of exploration and discovery engage our souls and selves.  As Louis Armstrong testified, “You blows what you is.”

Agile Leaders Step to the Front of the Stage

Agile leaders make quick corrections.  They regain balance after a stumble.  They get traction again after a slip.  They learn fast.  They try, with new information, to meet new challenges in new ways.  Then, they step front and center and live out their congregation’s theological base line.  May it be so for each of us. 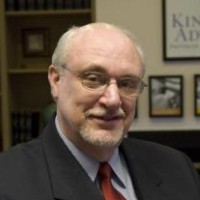